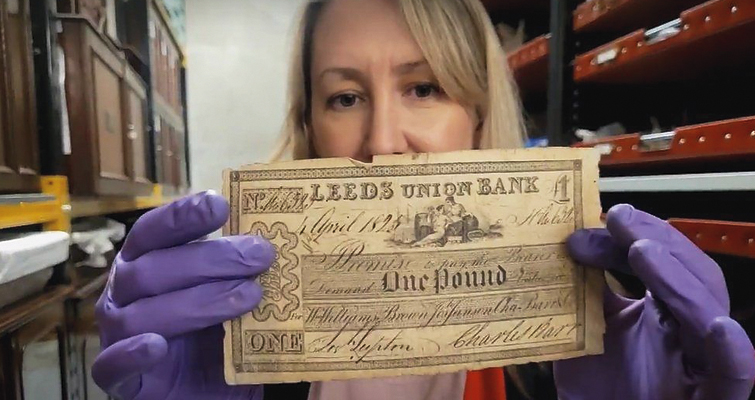 English city of Leeds site of the ‘Money Talks’ exhibition

The Leeds City Museum, in the city of Leeds, in the north of England, presents a Money Talks exhibition from February 11 to June 26.

The exhibition examines the different forms money takes, as well as the world’s complex relationship with money over the centuries – the impact money has had on people and how it shapes perceptions. The exhibit tells stories, asks questions about worth and value, and even delves into sensitive topics such as gambling and addiction.

Among the wide range of items on display is a counterfeit Operation Bernhard banknote from the Leeds branch of the Bank of England. Operation Bernhard was an attempt by Nazi Germany to forge British banknotes using concentration camp craftsmen and destroy the British economy. As well as Leeds, tickets were also counterfeited depicting branches in Bristol, Birmingham, Liverpool and Manchester. Operation Bernhard has since become the subject of a film, and counterfeit notes are popular as collectibles.

Some 19th century local banknotes, dating from before the passage of the Bank Charter Act in 1844 giving exclusive note-printing powers to the Bank of England, highlight the town. The exhibit includes examples of the now defunct and rarely seen Leeds Union Bank and Leeds Bank.

One of the most recent items is a $100 trillion note issued by the Reserve Bank of Zimbabwe.

Other items include Swedish currency and a pair of so-called coin tongs which are said to be particularly good at cutting half crowns.