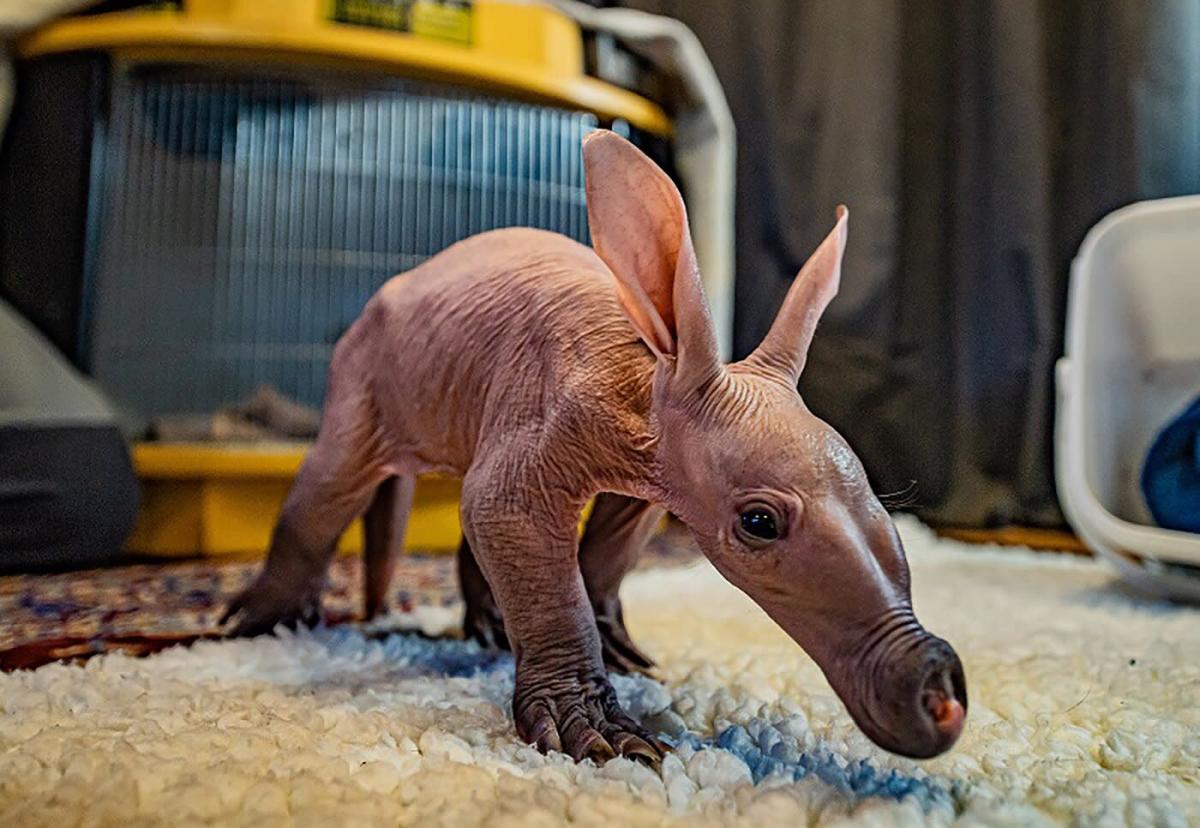 Chester Zoo in England is “delighted” after welcoming a baby aardvark for the first time in 90 years of history.

The aardvark calf – born on the night of January 4 – was given the nickname Dobby for its similarities to the iconic Harry Potter house elf character. Dobby from Harry Potter and the new addition to the zoo has oversized ears and wrinkled, hairless skin.

“As soon as we spotted the new baby next to mum, we noticed her uncanny resemblance to the Harry Potter character, Dobby, and so that’s the calf’s nickname at the moment,” zoo staff manager Dave White said in a statement.

RELATED: It’s a boy! Itty-Bitty Baby was born to Ali the Aardvark at the Cincinnati Zoo

Dobby’s mother and zookeepers care for the five-week-old aardvark, whose sex has yet to be determined. Keepers are responsible for feeding the baby animal every few hours during the evening, according to a press release from the zoo.

“Aardvark parents are known to be a little awkward with their newborns,” White explained. “With the baby being so small and fragile, we are therefore protecting him from any accidental shock by helping mum with additional feeding sessions throughout the night until the calf is a little stronger.”

Never miss a story – subscribe to PEOPLEfree weekly newsletter from to get the biggest news of the week delivered to your inbox every Friday.

He added that the calf enjoys spending time “bonding and snuggling” with its mother, Oni.

Dobby is one of 66 aardvarks found in zoos across Europe, while there are 109 aardvarks living in accredited zoos worldwide.

“Caring for species like aardvarks in zoos allows us to learn more about them – how they live, their behaviors and their biology,” Mark Brayshaw, the zoo’s mammal curator, said in a statement.

He added: “All of this information is then shared with other leading conservation zoos and helps to better inform our efforts to preserve their numbers.”

Native to sub-Saharan Africa, aardvarks can be hunted for their meat and are threatened by habitat loss due to new agricultural development, according to the zoo.