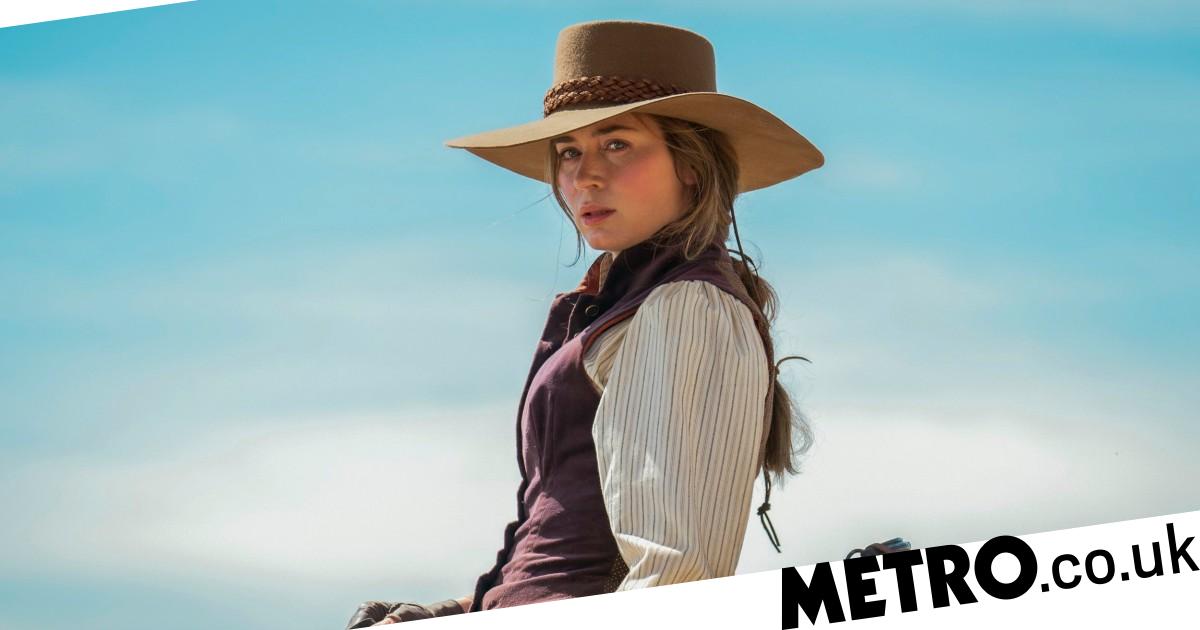 Watching Emily BluntThe transformation of the romantic comedy favorite into an action heroine has been an unexpected delight.

Sicario and Edge Of Tomorrow got the ball rolling – but it was her turn as a mother protecting her family from monsters in A Quiet Place that really gave her license to rock. And in The English, an epic western and rare foray into television, she shows the best of both phases of her career.

She plays the Englishwoman Lady Cornelia Locke, who arrives in the American Midwest determined to track down the man who, according to her, killed her son.

Starting out as a fish out of water descending from the stagecoach in her finery, she becomes a force of nature – resilient, cunning and as deadly as Uma Thurman’s bride in Kill Bill. It’s no surprise to hear that she said yes to the script before she even finished reading it.

“I was completely captivated by it,” Blunt says. Hugo [Blick, the writer] sent me the pilot and I knew after the first few pages that I was doing it. I like a character with a secret, where there’s a mystery,” says Blunt. “She felt so surprising to me.

To view this video, please enable JavaScript and consider upgrading to a web browser that
supports HTML5 video

“I love a character with a secret, where there is mystery. She appears in this brutal, masculine dust bath of a world and seems unprepared for the journey ahead. There are so many incredible questions that come to mind.

Of course, any good western needs an enigmatic and charismatic new star to come to town and The English certainly has it in Chaske Spencer, who plays Eli Whipp, an ex-Pawnee cavalry scout who finds himself caught up in the Blunt’s bloody revenge story – and also makes amends for questionable casting decisions once accepted into the films.

“I was there at a time when a lot of Native roles weren’t being played by Native Americans,” says Spencer, whose heritage is Lakota, Nez Perce, Cherokee, Creek, French and Dutch. “You just had to sit on the sidelines and hope for a supporting role. It was totally different. It was also a romantic lead role, which I had never done before, so it was basically whatever you want as an actor. I was nervous but extremely excited.

Blunt quickly pulls off his ten-gallon hat and remembers Spencer seizing his moment.

“I will never forget his readings,” she says. “It was as if the air had changed in the room. You meet Chaske now and you can see he’s the nicest man on planet earth, but it was like watching a schizophrenic. He became this amazing character.

“The stillness and consistency he had while playing this role was so striking. I remember him leaving the room and I was like, ‘Oh my god, he’s amazing!’ I was so excited that we have found our Eli.

It’s the contrast of The English that makes it so interesting. Yes, it’s a violent story of revenge but it’s also a love story, an improbable-cute encounter between two people from different backgrounds. If the violence is what attracts viewers, it will be the romance that will keep them hooked.

There were a few scenes in The English that took their toll on Blunt.

“A lot of things with Chaske in the episode six finale, which are deeply moving, had a big impact on me,” she says. “We needed a lot of tequila for that. Well, I did!

And then there’s the scene from the first episode where Lady Cornelia is forced to eat prairie oysters as a prelude to all sorts of potential horror.

“They were so disgusting,” Blunt recalled. ‘That scene I shot with Ciaran Hinds, he was so funny. Us trying to get through that scene of eating those prairie oysters without laughing was just giddy.

But on screen, this scene translates to just one moment in a series full of cinematic drama.

“It had that austerity and sparseness of a Western, but I found it breathtakingly beautiful at times,” Blunt says. “There was this soft core in it all. Hopefully people can’t stop watching it.

English is broadcast on BBC Two and iPlayer.

AFTER : England star Emily Blunt shares how husband John Krasinski pushed her to get the credit she deserves on projects

AFTER : Emily Blunt admits the corset felt like an ‘oven for her organs’ while filming BBC western drama The English