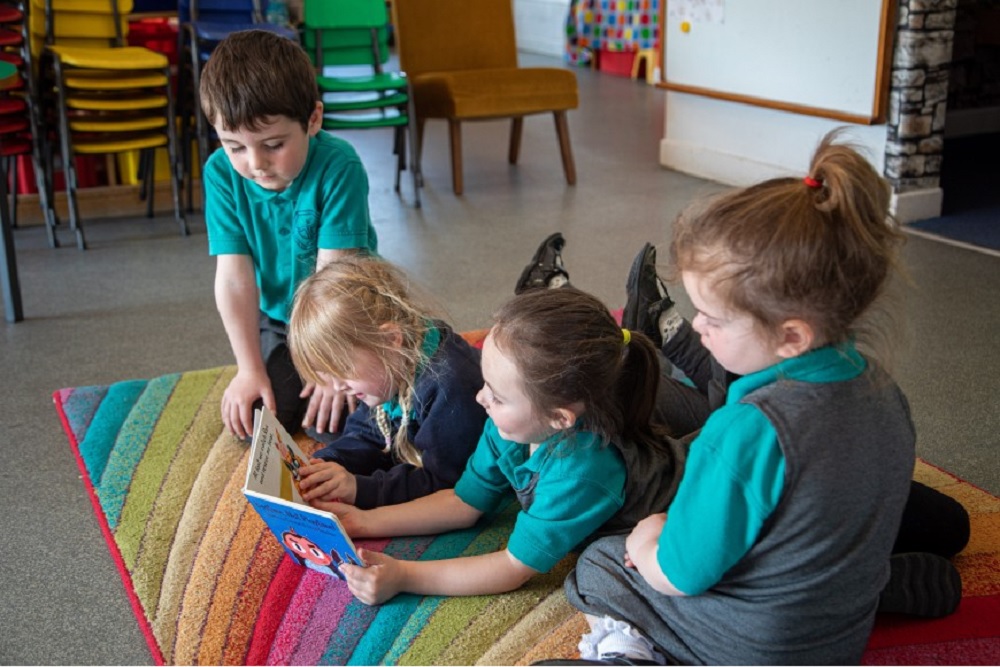 The publishing arm of a Welsh university has published a new range of children’s books in Welsh and English on the subject of same-sex families.

Every primary school in Wales will receive a book for free, as part of a partnership between publishers Peniarth, Stonewall Cymru and the Welsh Government.

“Early One Morning” and “Bedtime, Not Playtime!” are translations by Elin Haf and Mari Siôn of books by Spanish author Lawrence Schimel and Elīna Brasliņa from Latvia.

These books were originally written by Lawrence Schimel in response to a growing demand to expand the book market to include stories featuring families of LGBT+ backgrounds.

Peniarth, which published the books at the Urdd Eisteddfod this week, was established in 2009 as the publishing wing of the University of Wales Trinity Saint David.

Lawrence Schimel said: “There are other children’s books that describe LGBT life, but these generally relate to difference or the fight against homophobia.

“Elīna and I felt there was a need for more books that celebrate the joy of being gay and contain joyful stories of living in single-sex families.”

The books have since been printed in over 30 countries and languages, now including Wales and in Welsh and English.

Elin said: “After talking to Lawrence, I was keen to create English and Welsh versions of his books. I liked the simplicity of the story and how familiar the stories would feel, whether domestic, mundane, or everyday.

“As a parent in a civil partnership, whose youngest of three children is 18, I can say there was certainly nothing like this in Welsh when my children were little.”

The Welsh and English versions are the first to use ‘Mam’ and ‘Mami’ / ‘Dad’ and ‘Dadi’, and by now other languages ​​have also adopted these terms.

Elin and Mari’s wish is to see these books, as they are published, reach schools in Wales, see the characters come to life, and see teachers and children enjoying them.

Dr Lowri Lloyd, of Canolfan Peniarth, said: “It is truly a privilege to publish these books for younger children in English and Welsh. They are simple, cheerful, and interesting books that contain same-sex parents as a natural part of the story.

“Our hope is that parents, schools and anyone involved with young children will use them to give children from all walks of life access to stories that reflect the diversity of our current society. Being able to distribute a free copy to every primary school in Wales is certainly an important step in making this a reality.

Iestyn Wyn of Stonewall Cymru added: “It is essential to ensure that LGBTQ+ families are represented in our literature and culture, especially in children’s and young people’s literature and Welsh literature.

“It is only by reflecting on contemporary Wales in our literature that we can take steps forward to undo the decades of under-representation that LGBTQ+ people have experienced. We are therefore very pleased to be able to work with Penarth to distribute a free copy to all schools of these special books.

Hannah Blythyn MS, Deputy Minister for Social Partnerships, said: “It is fantastic that classrooms in Wales have access to bilingual and inclusive literature that reflects the diversity of Wales. This aligns with our commitment in the LGBTQ+ Action Plan to promote resources to help families and teachers across the country”