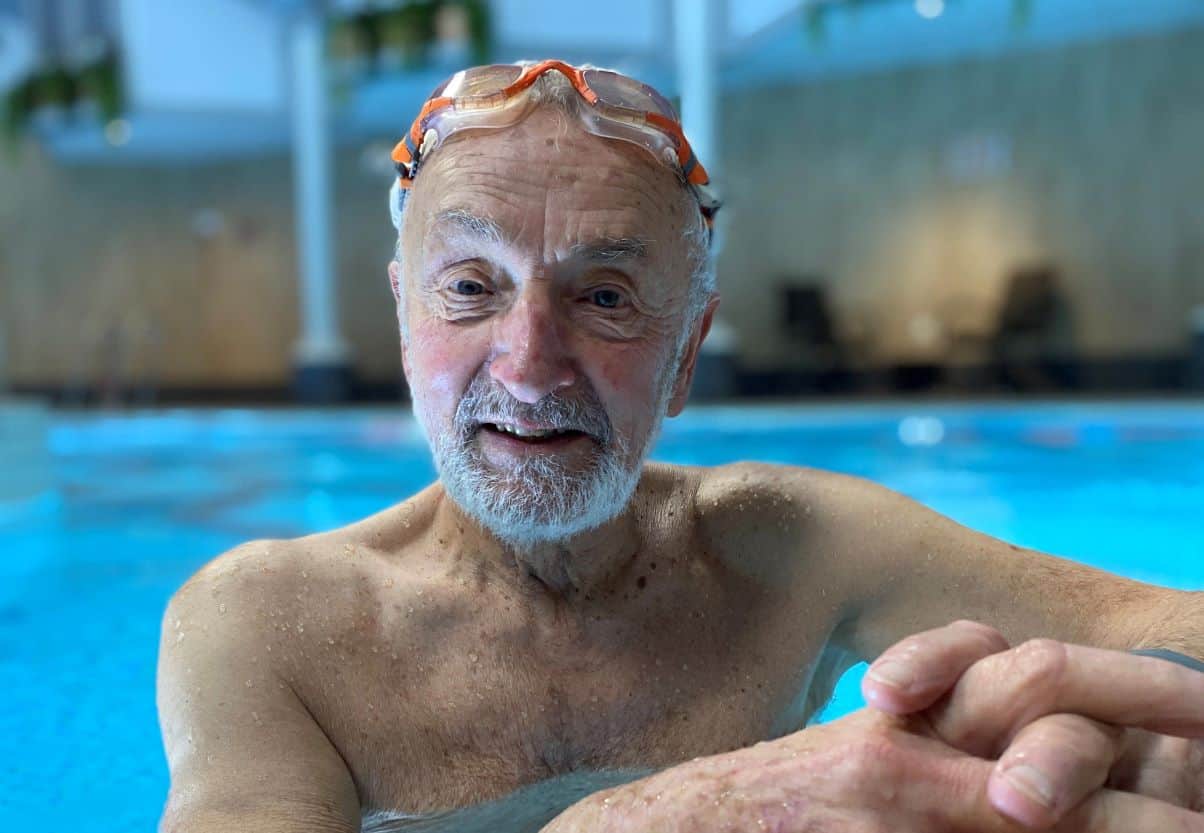 While most of us will be taking it easy this Christmas, 82-year-old Robert Powney will dash into a swimming pool as he takes a virtual swim in the English Channel for charity.

The pensioner, from Windermere, is determined to meet the grueling challenge despite suffering a knee injury shortly after starting the attempt.

He is currently clocking 900m a day towards the 36km goal, although he had to use crutches to get into the pool after the injury.

It raises funds and awareness of the vital role played by young unpaid carers in caring for their loved ones.

Robert, who is a carer himself and looks after his wife Gwen, was inspired to take up the challenge after seeing the support work being done by the charity Carer Support South Lakes.

“We were in Dorset and I heard a kid in a group say they were having the best holiday ever,” Robert said.

“It turned out they were young carers who were on respite holiday to give them a break from their caring roles.

“I decided then that I wanted to do something for charity to help young carers. It broke my heart to see children as young as five looking after their families. I hope the funds that I collect will give young carers the chance to be children again or to spend quality time with their loved ones without having to act as carers.

Robert injured his knee while walking shortly after starting his swimming challenge.

“It’s better, but I still have to use a crutch to get in and out of the pool,” he said.

“But I am determined to complete the virtual Channel Swim, as the funds it will raise for Carer Support South Lakes will be essential to ensure they can continue to help unpaid Carers.”

He has a Just give webpage where people can donate and hopes to raise a total of £500. He hopes to take up the challenge early in the new year.

Marian Graveson, of Carer Support South Lakes, said: ‘The effort Robert is making on behalf of young carers is nothing short of amazing. Without this type of fundraising, we would not be able to support all of the unpaid caregivers in South Lakeland who need our help. »

If you would like to make a donation, go to https://www.justgiving.com/campaign/virtual-swim

2021-12-18
Previous Post: The 27 migrants drowned in the English Channel identified
Next Post: Channel rescuers charged with manslaughter in migrant deaths