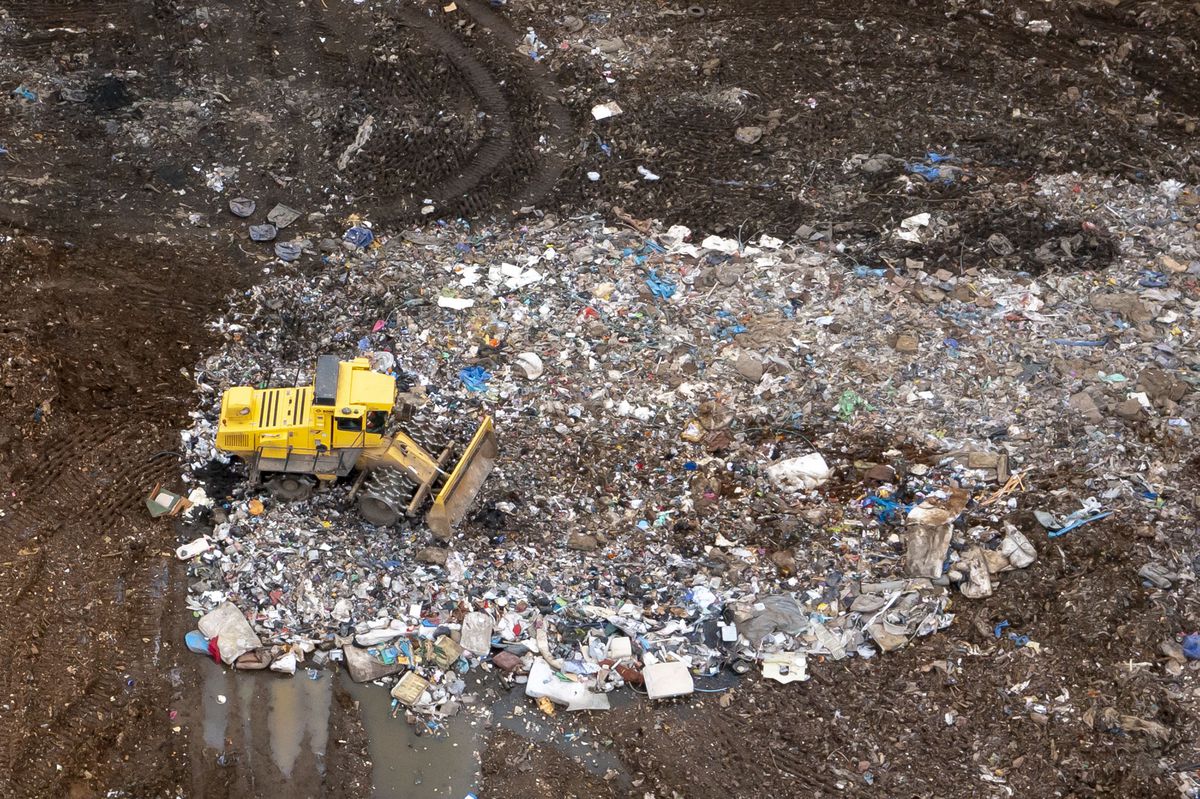 Crypto: The man who threw away 8,000 bitcoins | Company

Forget the pirate chests buried at the bottom of the sea. If you want real treasure, you can find it in the municipal dump in the Welsh town of Newport.

There, among 110,000 tons of trash, is possibly an external hard drive the size of an iPhone 6. It contains the equivalent of more than 180 million euros in crypto-currencies. Finding it would, of course, be a Herculean task, comparable to finding a needle in a haystack…if the haystack were a few acres in size. But there is at least one man willing to try: James Howells, a 37-year-old computer engineer. He is the unfortunate who, in 2013, threw away a fortune.

As he explained in a recent interview with Business Intern, Howells kept a pair of identical hard drives in a drawer. One was empty – the other contained 8,000 bitcoins that he had processed and validated himself, in one of the nationwide mining operations that were starting to become popular at the time. He wanted to throw away the empty disc, but the one that ended up in the trash was actually the treasure chest.

The tragic oversight happened at the beginning of the year, at a time when the bitcoins thrown away were worth around 100,000 euros. A few months later, they had already exceeded 8.5 million.

We can imagine his sadness, his immense rage… but that’s not all. Howells is a tenacious person, someone who would rather seek solutions than wallow in misfortune. After nine years of searching for ways to recover the lost loot, the Welsh computer scientist has devised a forward-thinking rescue plan and sought permission from the local authorities in Newport to implement it. What he has in mind is a selective examination of the dump using robot dogs, a team of human supervisors and a gigantic metal arm connected to an advanced artificial intelligence platform and … image analysis.

This operation would cost more than 10 million euros. Howells, in addition to investing in technological instruments, intends to hire experts in industrial dredging, waste management… and even one of the guys who recovered the information from the black box of the Columbia spacecraft , after its disintegration in 2003. All contractors would receive a fixed amount fee, as well as bonuses if the hard drive recovery is successful. In addition, Howells, in an attempt to compensate for “possible inconvenience”, promises to donate one tenth of the amount recovered to social projects related to crypto-assets in the city of Newport.

Howells thinks finding the hard drive is perfectly doable. “In the most pessimistic scenario, it would take around three years to completely sift through the landfill. But the computer simulations I’ve run suggest we could complete the task in about 18 months, which would reduce the total cost.

The robot dogs he proposes to use are two slender canine patrol boats designed by Boston Dynamics. They would scan the trash, sending the images back to a closed circuit television to be analyzed by the AI.

Howells and his team presented their factory to the Newport City Council this summer. British journalist Richard Hammond was present at the meeting and even devoted a short article on his YouTube channel to Howells and his crusade. He describes the people involved as “serious people, who believe in the plan and are ready to commit to it and execute it with professionalism and rigor”.

However, the city government, led by Mayor Martin Kellaway of the Conservative Party, seems unwilling to have the rescue team digging into its landfill. Municipal officials claim that the removal of soil and the movement of garbage would have “incalculable” ecological and social impacts. They maintain “a strict waste management protocol” which they intend to comply with, without accepting outside interference. From Kellaway’s point of view, “the common good cannot be sacrificed to private interests, no matter how understandable and legitimate.”

Howells – who has embarked on an intense media campaign to support his proposal – said The Guardian that he pledged to perform a surgical excavation and that the unearthed rubbish would be “carefully cleaned up, recycled or reburied”. He even offered to carry out works to improve the landfill, such as the installation of a power station and a wind turbine. However, as Joe Middleton, editor of The Guardian in Newport, says: “No matter how sophisticated the operation, the chances of success are next to nil.

In the nine years since Howells dumped its 8,000 bitcoins, the value has gone from 100,000 to around 500 million last fall and ultimately after the cryptocurrency market collapsed in the spring of this year, stood at 180 million euros. Economic journalist Miguel Ángel García Vega explains that “the volatility of cryptocurrencies should no longer surprise anyone… they no longer serve as a ‘safe haven investment’. They will never be able to compete with the solvency and stability of traditional assets used in extreme situations, such as the Swiss franc, the Swedish or Norwegian krone and, to a lesser extent, gold.

Cryptocurrencies are volatile, García Vega continues, because “it’s in their DNA.” It is no coincidence that “investors and fans resort to words such as bet, play or risk when talking about this type of currency”. He views cryptocurrencies as part of a casino economy rather than “a more serious, well-regulated market.” They lose their validity as soon as geopolitical situations become complicated.

Howells, however, doesn’t seem discouraged by the volatility. Patrol robots, waste management experts, and the battle with the city of Newport are all part of his elaborate attempt to keep gambling in the casino economy.