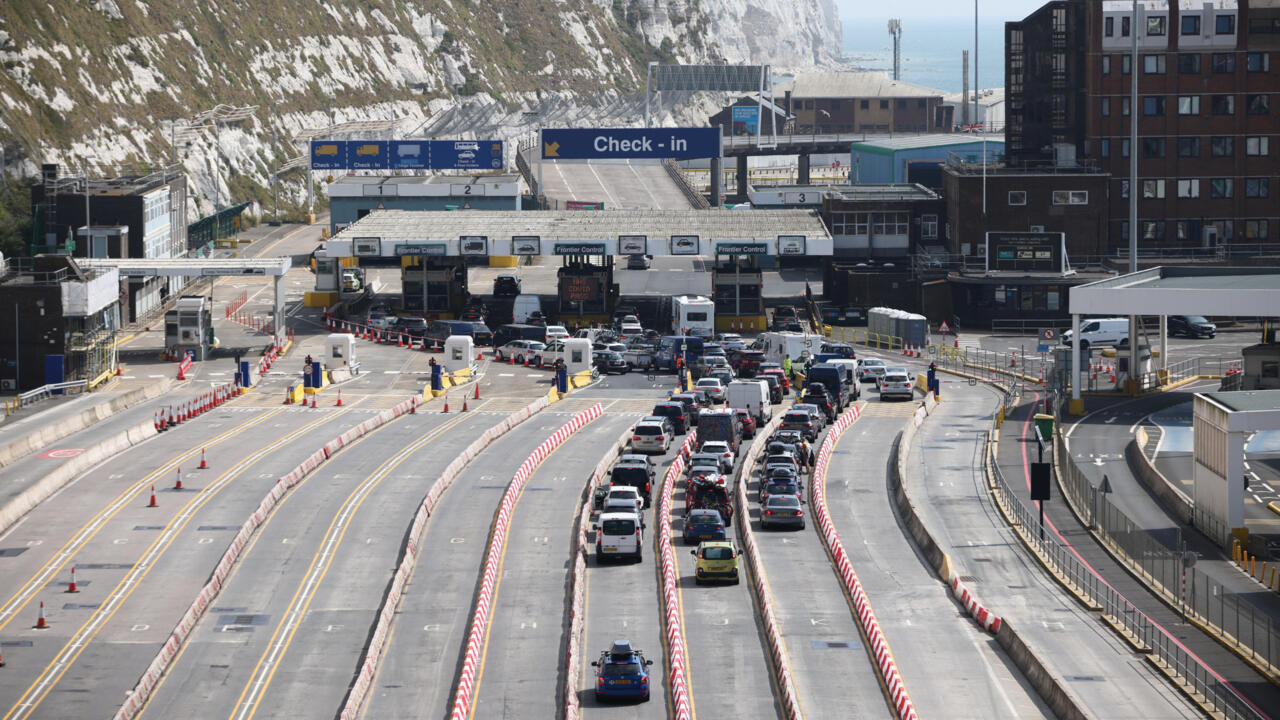 Officials at the Channel port of Dover said on Sunday operations had returned to normal, after two days of lengthy delays blamed on post-Brexit border controls.

Frustrated holidaymakers were forced to wait hours to reach the port and board ferries for France on Friday and Saturday, at the start of the busy summer getaway.

The British government criticized France for not having sufficiently staffed its border posts at the port, prompting a rapid denial from Paris.

The Port of Dover said freight and tourist backlogs from the past two days had been cleared overnight, although it said Sunday would remain “busy”.

Some 72,000 passengers – the equivalent of 320 kilometers of traffic – had already passed through the port this weekend, he added.

“With the entire port system operating efficiently, including strong support from fellow French border crossings and ferries crossing overnight, the port has demonstrated that its summer plan will work for the remainder of the holiday period,” said the port in a press release.

Eurotunnel, however, has warned of delays to its rail shuttle service between Folkestone and Coquelles in northern France, with motorists facing long queues to get to the terminal.

There were fears of chronic delays at UK ports even before the country left the European Union completely on January 1 last year.

French border agency staff work alongside their British counterparts to carry out checks at Dover.

Port officials initially said understaffing at French border posts was to blame for the queues, but officials across the Channel have denied responsibility.

French lawmakers said checks were now taking longer because Britain had “third country” status outside the EU, and urged facilities to be improved in Dover.

Britain’s readiness to deal with the border, including staffing and the introduction of new technology, has been repeatedly questioned in the run-up to Brexit.

Several British newspapers said on Sunday that the government had turned down a £33 million (€39 million) offer for improvements to the port, including new passport control booths.

2022-07-24
Previous Post: Floods kill 10 in war-torn Yemen
Next Post: English Dub Review: Natsume’s Book of Friends “The Cat and the Book of Friends”