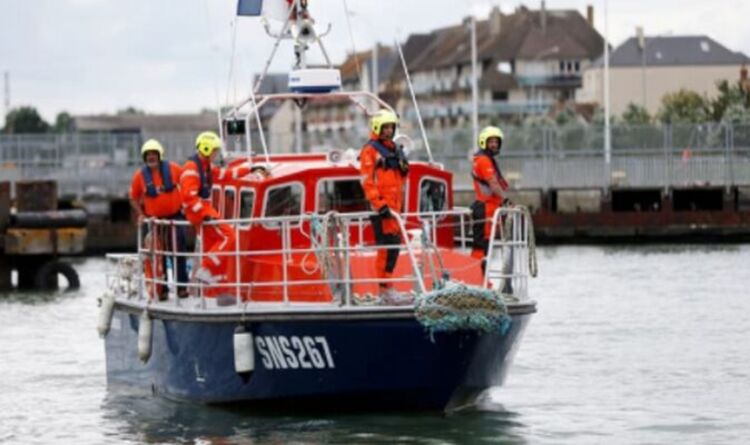 The 127-meter commercial vessel, intercepted by customs overnight, was transporting vehicles from Rouen, the capital of the French region of Normandy, to the Russian city of Saint Petersburg, according to France. Véronique Magnin, regional communications officer for the maritime prefecture, said the boat is “strongly suspected of being linked to Russian interests targeted by the sanctions”.

The ship was stopped off Honfleur, in Normandy, and diverted to Boulogne-sur-Mer (Pas-de-Calais), the maritime prefecture told AFP on Saturday.

Ms. Magnin added that a customs patrol boat, supported by a gendarmerie patrol boat and a navy patrol boat, was escorting the Ro-Ro Baltic Leader, a freighter which sails under the Russian flag.

Hearings and onboard investigations to confirm the links are currently underway.

Meanwhile, the Russian news agency RIA reports that the Russian Embassy in France is demanding an explanation from the French authorities about the seizure.

It comes just a day after the EU, US, Canada and UK announced a coordinated set of sanctions against President Vladimir Putin and his Foreign Minister Sergei Lavrov.

READ MORE: ‘Have the courage’ Germany challenged by furious Ukraine as it does not back SWIFT ban

The four countries, in a bid to show their support for Kyiv, decided to freeze the foreign assets of the two leaders.

As Mr Putin is unlikely to have identifiable personal wealth abroad, the move is seen as largely symbolic. However, it signals that the world’s biggest players are heeding calls for help from Ukrainian President Volodymyr Zelenskiy.

Russian Foreign Ministry spokeswoman Maria Zakharova brushed off the new measures, saying “neither Putin nor Lavrov have accounts in Britain or anywhere else abroad”, while Josep Borrell, the EU foreign affairs chief said: “I am not in on Mr. Lavrov’s secrets and Mr. Putin’s wealth and it is not my duty. There are people who will get away with it. to occupy.”

News of the alleged Russian cargo ship being seized in Channel waters comes amid reports from Ukraine’s Health Ministry that 198 Ukrainians, including two children, have been killed since the Moscow invasion began and more of 1,000 were injured.

After Kyiv residents spent a long night in bomb shelters and basements, they woke up to dramatic images of a residential building near the city’s Zhuliany airport hit by a missile.

Although no casualties or injuries were immediately reported, Mayor Vitali Klitschko urged Kyiv residents to stay in shelters. “The enemy will attack from the air.”

As the attack on the Kremlin – the largest from country to country since World War II – continues, the number of people trying to flee the country is growing rapidly.

The United Nations has warned that Mr Putin’s aggression could spark the world’s biggest refugee crisis, with Linda Thomas-Greenfield, US ambassador to the UN, saying the conflict could result in “up to five million more people displaced by Russia’s war of choice”.

She warned: “This is President Putin’s war of choice.

“If he chooses to escalate further, Russia and Russia alone will bear full responsibility for what is to come.”