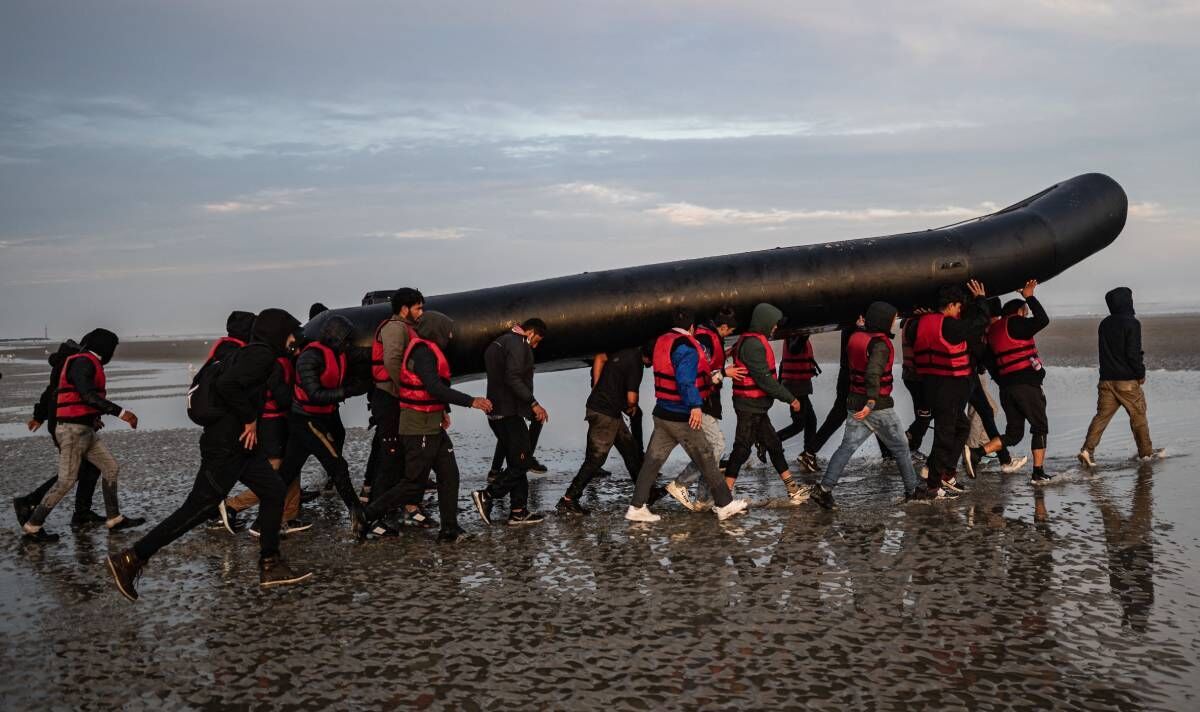 Dover MP Natalie Elphicke will tell them port officers are overwhelmed, with more than 35,000 people crossing the Channel in small boats this year.

Ms Elphicke is also concerned that plans for a new EU entry and exit system could cause major delays for passengers.

She fears the new arrangements will lead to “very long check-in times” and could “add up to 10 minutes for each vehicle to clear customs”.

A third concern is that lorries carrying ‘unsafe and faulty’ goods and food are entering the UK from the EU.

The Tory MP says he is “seriously concerned” that the government has abandoned plans to build new border facilities.

Warning of the impact of the small boat crisis on the community, she said: ‘With 35,000 people using small boats this year, the situation is simply overwhelming for port officials in Dover and Manston, Australia. nearby processing center.

“We just can’t keep up with the number of people coming in illegally.” Mrs Elphicke supports “joint patrols on the beaches with the French” and wants the creation of a “common security zone across the Channel” to be considered.

A priority is “to prevent these boats from getting in the water in the first place”.

Ms Elphicke will voice her concerns in a debate she won on Tuesday.

His concerns about the impact of new border controls on delays at the port were echoed last week by Doug Bannister, the port’s general manager.

He told MPs that just seven months from the introduction of new biometric checks, the port still does not know what the procedures will be.

“We need the rules of the game,” he told the transport committee. “We have to see what the technology will look like.”

A government spokeswoman said: “Despite the lies sold by smugglers, migrants who cross from safe countries to enter the UK illegally will not be allowed to start a new life here.

“We will go further and faster to tackle those who game the system, using all tools to deter illegal migration, disrupt the business model of smugglers and relocate to Rwanda, those who do not have the right to ‘being in the UK.’