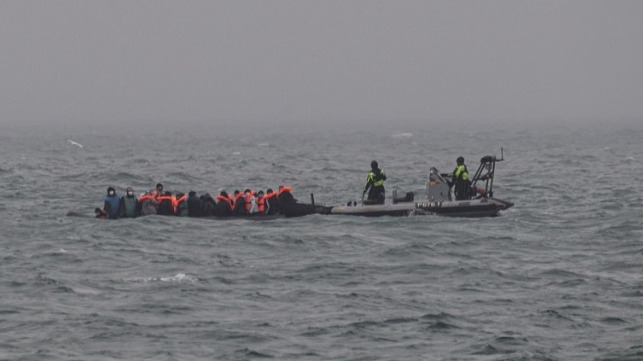 Cross-Channel migration between France and the UK has been a hot topic in relations between the two countries for years, but as winter approaches it appears to be heading to new levels. A record 1,185 maritime migrants crossed the English Channel in small boats last Thursday, according to the UK Home Office, many of whom use totally unseaworthy vessels.

“The purchase of canoes will no longer be possible (…) given the current context,” the Decathlon chain told AFP.

The governments of the UK and France have blamed each other for the migration crisis. In an interview on Monday, French Interior Minister Gérald Darmanin told CNews that British politicians must “stop taking us for… punching bags” for domestic political purposes.

“I will remind my British counterpart that the NGOs that prevent the police and the gendarmerie from working are largely British NGOs with British citizens who are on French soil,” Darmanin said. “Smugglers, who organize networks and exploit women and children… are very often in Britain.”

UK Home Secretary Priti Patel has pledged to make smuggling ‘unsustainable’ for migrants and to stop ‘100% of migrant smuggling’, and has proposed a (controversial) new bill that would would penalize asylum seekers who arrive illegally and claim refugee status.

On a practical level, the high rates of migrant smuggling necessitated mass derby-style rescues on both sides of the Channel, with several response boats pursuing several rafts in distress. On Monday night, the French regional relief coordination center CROSS Gris-Nez supervised nine separate search and rescue developments involving migrant craft. These multiple events required the services of seven response ships (including a good Samaritan ship) and saved around 270 people. All were brought back safe and sound to ports along the French coast and handed over to border police.

“This maritime sector is one of the busiest in the world”, warned CROSS Gris-Nez in a message to potential maritime migrants. “The weather conditions are often difficult there (120 days of wind greater than or equal to force 7 per year). It is therefore a particularly dangerous sector.”