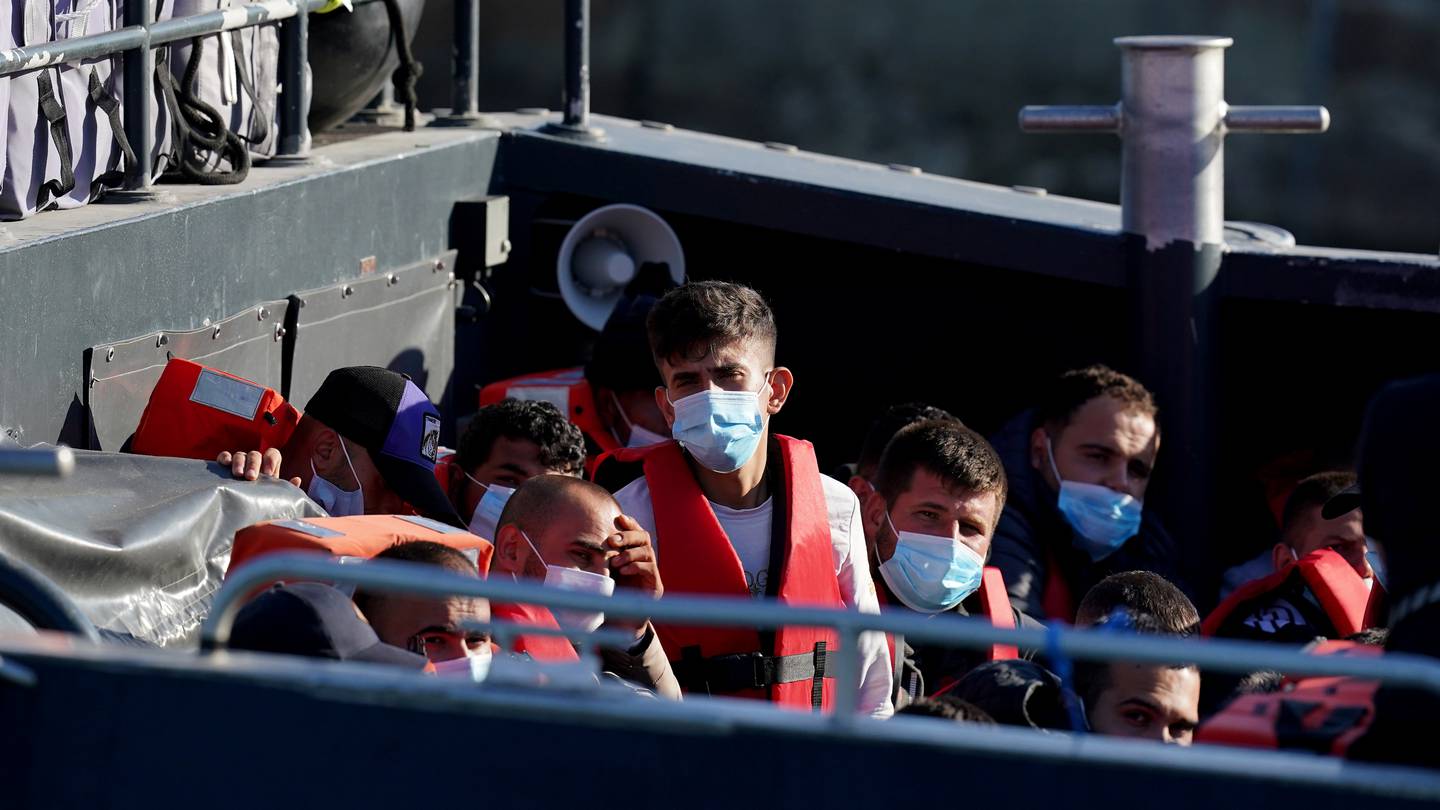 The number of migrants crossing the English Channel has reached record numbers and is expected to rise due to the unusually hot summer in Britain and the relative calm of the country’s surrounding waters.

An analysis of preliminary figures released by the UK Ministry of Defense indicates that 18,000 migrants crossed the waterway from France to England in the eight months of this year.

The milestone came just five days after 696 people were rescued by the UK Border Force and brought ashore on August 1, the busiest day for Channel crossings so far this year.

An analysis of ministry figures shows 1,709 people were brought to the UK coast in the first week of August, more than half the number rescued in the whole of the same month last year.

The busiest week for crossings so far in 2022 was the week of April 19, when 2,076 people made the dangerous journey across the English Channel.

However, crossings are likely to continue into next week, with the UK weather agency confirming warm weather and calm winds are expected to persist in south east England.

More than 13,000 people have made the crossing since Home Secretary Priti Patel announced a plan to deport asylum seekers to Rwanda on April 14.

In a statement sent to The Nationala government spokesman called the increase in Channel crossings ‘unacceptable’ and said they would continue “preparations to relocate those who make unsafe, unnecessary and illegal journeys to the UK so that their claims can be considered” in Rwanda under its new partnership for migration and economic development.

A leaked military intelligence report seen by The telegraph showed that over a six-week period in June and July, nearly four in 10 Channel migrants were from Albania.

Iranians were previously the main nationality of those making the journey and it is unclear why there is an increase in people from the small Balkan country, which is not currently at war, making the crossing.

The continued pace of crossings suggests the controversial deal has not acted as the deterrent the UK government was hoping for.

Last week, a report by the UN refugee agency and the British Red Cross found that critical gaps in the UK asylum system mean that people seeking safety, including those fleeing modern slavery, are at risk of exploitation.

He cites examples of asylum seekers forced into slavery, including domestic servitude, sexual and labor exploitation, and forced criminality.

“Direct changes to the asylum procedure would reduce these risks of exploitation by placing security at the heart of the asylum system,” the report concludes.

The Home Office said it was reviewing the findings.

“We take the safety and well-being of thousands of people in asylum accommodation very seriously and are committed to ensuring that individuals are protected from the heinous crime of modern slavery” , said a representative of the Ministry of the Interior.

“When we suspect an asylum seeker is in danger or at risk of being exploited, we will take appropriate action, such as working with the police or supporting someone through the national referral mechanism.

“We urge any asylum seekers who may have issues to report them immediately.

“Our new plan for immigration will fix the broken asylum system, allowing us to give protection to those who are entitled to it and remove more quickly those who have no right to be here.”