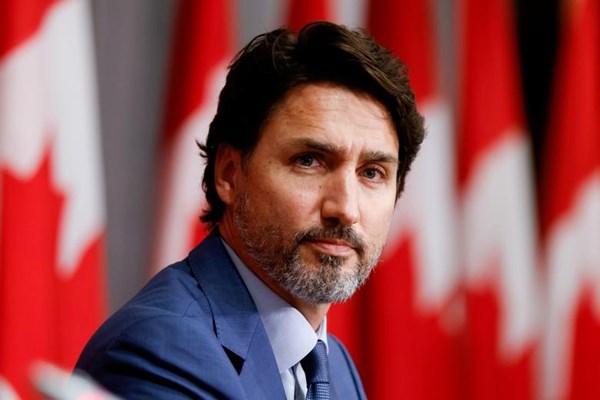 Canadian Prime Minister Justin Trudeau announced on Monday that his country would impose sanctions on Iranian individuals, as well as the country’s vice police, holding it responsible for the death of 22-year-old Mahsa Amini, who died last week.

“Today we will implement sanctions against dozens of individuals and entities, including Iran’s so-called ‘morality police’. This adds to some of the toughest measures to date by any country towards Iran,” Trudeau told reporters.

This comes after the United States also imposed sanctions on Iran’s morality police on Thursday.

The US Treasury Department has accused vice squads of violating the rights of peaceful protesters and announced sanctions against seven senior Iranian military and security officials, including the commander of the Iranian army’s ground forces. .

Iran witnessed riots following the death of a young woman in Iranian police custody, which Iran has repeatedly denied, while providing CCTV footage as evidence, at a time where the director general of forensic medicine in Tehran province confirmed on Wednesday that there were no traces of beatings. or injuries to the head and face of the late Iranian Mahsa Amini.

History as it is

Al Mayadeen decided to investigate the matter and get to the bottom of the story. After contacting several official sources in Iran, Al Mayadeen learned that Amini had never been assaulted, beaten or abused, and proof of this was CCTV footage that branded Western reporting as fake and fabricated.

The incident, recorded by CCTV, shows a policewoman approaching Amini and pointing to her hijab. Amini and the officer argued verbally, after which the officer turned around and left Amini alone.

At this point, and without any physical altercation taking place between the two – contrary to Western media reports which claimed that Amini had been brutally beaten – Amini passed out and it was later reported that she had fallen into a coma. The policeman can be seen rushing to support Amini to prevent her from falling. Amini was then transferred to hospital for treatment.

The video shows that there was no violence or beatings and that there were not even any arrests. Official sources said Al Mayadeen that Amini had a brain tumor and had been undergoing treatment for some time prior to the incident. Medical records confirm Amini’s multiple visits to the hospital for treatment.

Following the incident, Iranian President Ebrahim Raisi called Amini’s family, confirming that he had ordered the incident to be fully investigated.

“Your daughter is like my own daughter, and I have a feeling this incident happened to someone close to me. Please accept my condolences,” Raisi told Amini’s family.

A tweet on Iran’s official Twitter profile said Raisi had told the Amini family that “I have ordered the incident to be thoroughly investigated so that no rights are violated.”