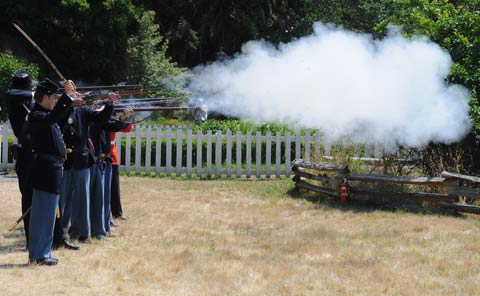 Friday Harbor, WA – Encampment, the park’s popular annual living history weekend is back this year at NHP San Juan Island after a three-year hiatus. Please join us August 6-7, 2022 at the English Camp Parade Ground for a glimpse into the past as living history interpreters dressed in period clothing portray Hudson’s Bay Company employees, American soldiers and British Royal Marines of the mid 1800s.

Demonstrations that will bring history to life include the loom, metalworking, the fur trade and the lives of servicemen of all ranks and their families. Mid-19th century games will be available for visitors of all ages and a candlelight dance will take place on the evening of the 6th. 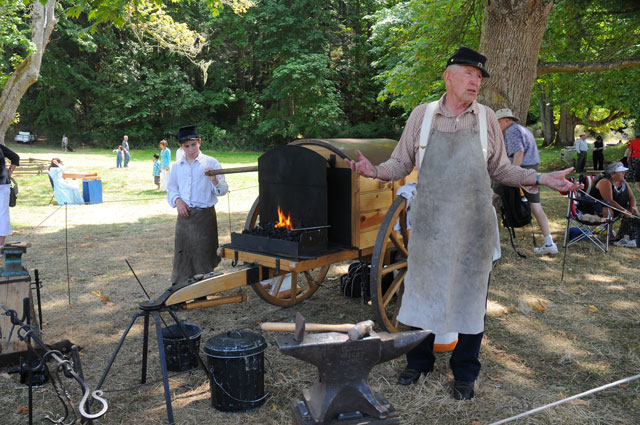 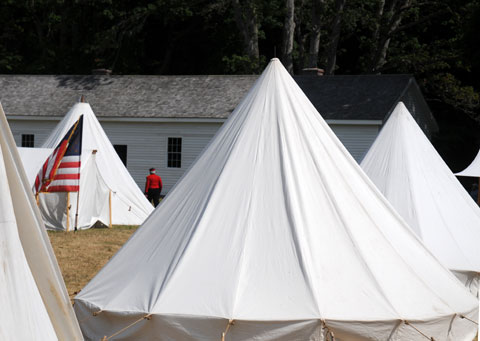 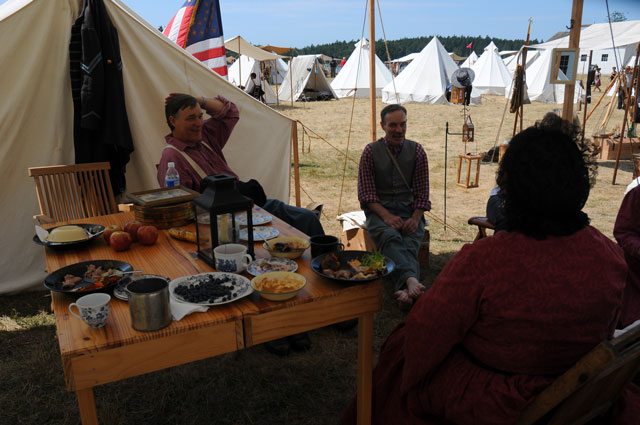 “The camp drew San Juan Island residents and park visitors to learn about the people and personalities who informed the significant historical events that make the island what it is today. We are thrilled to be able to host such a popular and unique event again this year,” said Elexis Fredy, San Juan Island PSN Superintendent.

This year marks the 150th commemoration of the settlement of the boundary dispute between American and British military forces on San Juan Island in 1872 and their joint occupation. The encampment will play a central role in the park’s ability to share the story of peaceful resolution and provide a window into the lives of those affected. 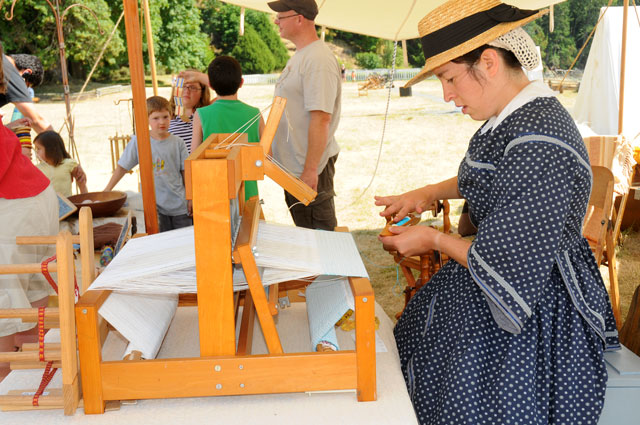 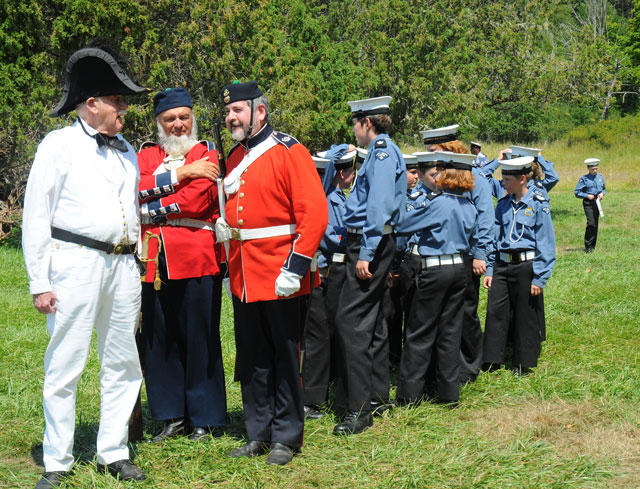 Visitors are also encouraged to explore the new American Camp Visitor Center, with fascinating exhibits from 9:00 a.m. to 4:00 p.m. Thursday through Tuesday each week (closed Wednesdays). Please see the park’s website (www.nps.gov/sajh) for updates on additional programming and other commemorative events that honor this historic anniversary.