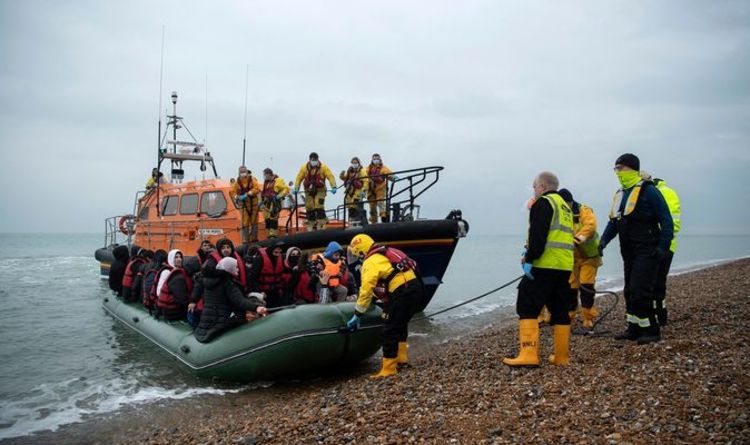 French authorities confirmed that the body was found on Friday by a fishing boat off Calais. They claimed the body would have been in the water for some time before being discovered.

It is unclear whether the body was among 27 missing asylum seekers who lost their lives at sea while making the journey from France to Kent in November.

It is estimated that between 34 and 50 people were crammed into a flimsy dinghy when it capsized on November 24.

It was later confirmed that 27 people – including children – lost their lives, although the exact figure is still unclear.

According to Kent Online, one of those who died was a 24-year-old woman who was making the perilous journey to join her fiancé in the UK.

The International Organization for Migration said it was the biggest loss of life in the English Channel since it started collecting data in 2014.

This year alone, the number of migrants crossing the English Channel exceeded 25,000.

Kevin Saunders, who was the UK’s immigration chief in Calais for 16 years, has claimed the French are refusing to help further with the migrant crisis.

Last month, 27 people tragically lost their lives attempting to cross on one of the Channel’s deadliest days.

The Home Office confirmed 1,185 people made the same journey less than 24 hours apart.

As the number of migrants attempting to cross the English Channel increases, the risks people are willing to take to reach the UK are also increasing.

Many people seeking to enter the UK come from some of the most deprived countries in the world, such as Yemen, Sudan and Iraq.

“We are working with the French to prevent boats from leaving their beaches and to crack down on the criminals who conduct these crossings.

“People should seek asylum in the first safe country they reach.

“The government’s new immigration plan will fix the asylum system, making it tough on those who abuse it and fair on those who really need it.”

While the total number of migrants crossing the Channel by boat has increased, the opposite can be said for the number of people trying to claim asylum in the UK.

2021-12-11
Previous Post: From the Channel to the Mediterranean: borders that kill
Next Post: Migrant drownings in the English Channel are part of a century-long tragedy