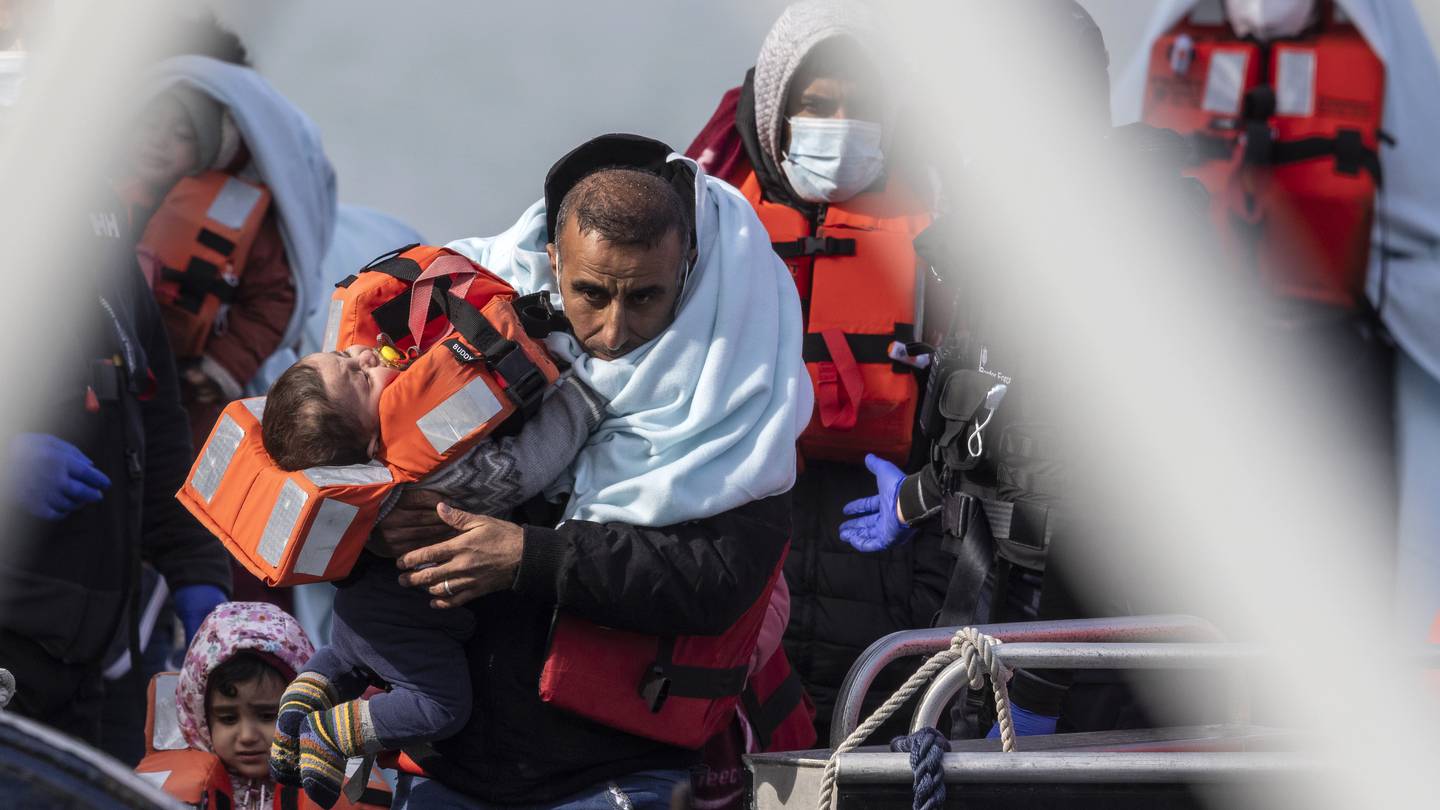 A number of babies wrapped in blankets and wearing stocking caps were carried to safety on Friday as the number of migrants arriving via the Channel in the first week of May reached 761.

It was the fifth consecutive day of migrant crossings, despite fog and choppy waters in what is one of the world’s busiest shipping lanes.

A total of 65 migrants were detected in the English Channel arriving on two boats on Thursday, 149 on four boats on Tuesday, 293 on nine boats on Monday and 254 on seven boats on Sunday.

No passages were recorded on Wednesday in the context of bad weather and the Ministry of Defense has not yet published official figures on the number of passages on Friday.

At least 7,454 migrants have arrived in the UK via the Channel so far this year, an analysis of government figures shows, many of them in unseaworthy boats.

The year-to-date total is more than triple the tally for the same period last year.

Earlier this week, Prime Minister Boris Johnson described the government’s plan to send migrants to Rwanda as a “solution” to limit Channel crossings.

He said tens of thousands of people could be airlifted to Rwanda under the deal with the East African country, but The temperature reported that modeling by Home Office officials indicated that only 300 a year could be sent there.

Asked about the forecast, the department said it did not recognize the figure and there was no cap on the number of people who could be sent to Rwanda.

“Across government is united in our efforts to prevent fatal crossings, save lives and disrupt illegal migration,” a spokesperson said.

It has been widely criticized by humanitarian groups and faces a number of legal challenges.

But flights carrying migrants to the East African country may not depart for months, Downing Street said.

Mr Johnson initially said asylum seekers would be flown to Rwanda on a one-way ticket.

He said the number of migrants sent to Rwanda would not be capped and those sent there would be able to “build a new life in this dynamic country”.

2022-05-06
Previous Post: When and how will the English Bay barge be dismantled?
Next Post: La Malchance des Anglais, review of the Orange Tree Theater