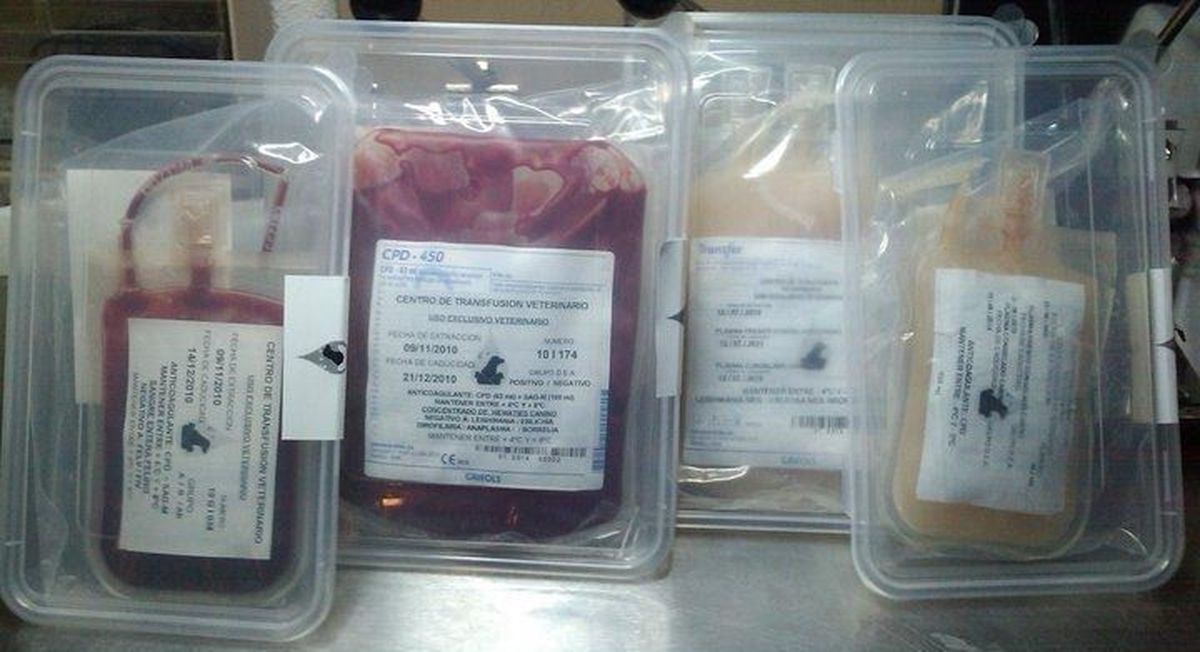 Animal abuse: The 500 carcasses of the “vampire dog” | Company

An employee of the crematorium of Yuncos (Toledo, Spain) began to be wary of the man who deposited so many dead dogs every 15 days. He started asking questions and soon everyone saw what Luis Miguel VF had been hiding for almost 20 years. He ran an illegal animal blood bank fueled by animals he allegedly drained to death. Prosecutors and Civil Guard officials from its animal protection agency (Servicio de Protección de la Naturaleza – SEPRONA) claim that these “cruel” deaths occurred at the suspect’s farm in Humanes de Madrid (Spain), where SEPRONA rescued 257 dogs and cats in mid-June.

The animal blood market is small but lucrative. There are no public blood banks for dogs and cats like there are for humans, so a handful of private companies collect donated blood and sell it to veterinary clinics. This is the market the suspect tapped into as he built a small empire with dozens of domestic and international clients. Civil Guard officials believe at least 500 animals died at the suspect’s veterinary transfusion center, as his business was called.

Officials investigating the case calculate that the illegal business has made more than US$1 million since it began in 2006. “There are a lot of unanswered questions. We are investigating whether he extracted blood from sick animals and determining the exact number of specimens that could have died here,” a Civil Guard source said. So far, they’ve determined that 60 animals were gutted to death in April and May 2022, mostly dogs and cats. Greyhounds were highly sought after because their blood is very useful and because some greyhound owners get rid of their dogs at the end of the hunting season.

Many animals were dropped off at the farm by owners who could not keep them or no longer wanted them. “This [the farm] was very well known in some spheres and for some people it served as a sort of animal shelter,” the Civil Guard said. The investigation will determine if other people were involved in the alleged crimes and how the suspect obtained the drugs for the blood extraction process. There may also be regulatory or control loopholes that the suspect may have exploited for nearly 20 years with such success and notoriety.

Luis Miguel’s website says the company started in 2006 and has dozens of national and international clients. He says, “We have DOG, CAT and RABBIT haemostatic components in stock at all times, and can source HORSE donors if needed. One of the tabs on the website provided many links to papers and talks he was supposed to have given at specialist conferences, as well as scientific studies of animal fluids. Another section of the website provided a long list of clinics that have purchased its products. Minutes after our reporters called Luis Miguel to get his side of the story, all content disappeared from the website. “I’m not going to comment, it’s an open matter,” he said before hanging up. In his statement to the judge, Miguel invoked his right not to testify. A Moroccan national and employee of Miguel’s farm was also arrested for alleged involvement in illegal activities.

After being alerted by the crematorium employee, Civil Guard investigators intercepted several carcasses for more than a month to corroborate their suspicions. The carcasses were frozen and transported to a specialized Madrid laboratory for autopsy. The autopsy results were clear – all animals examined had died of hypovolemic shock (due to excessive blood loss). Additionally, a needle had been inserted directly into the heart to extract as much blood as possible as quickly as possible, according to sources involved in the investigation. “If that’s true, that’s really barbaric. Normal practice is to use the jugular vein or the paws and draw small amounts of blood every two or three months,” said Cristina Fragio, director of the Complutense University Veterinary Hospital in Madrid. “Since there are so few donors, we always use blood banks like this. I have used blood from this company and have never found anything unusual,” she said.

News of Luis Miguel’s arrest has spread like wildfire through the veterinary world, where his arrest has caused enormous concern among his many clients and associates. After learning of the arrest. the College of Veterinarians of Madrid immediately distanced itself from Miguel. Esther Tortuero, president of its ethics [ethics] committee, said the College had never had a relationship with the suspect. Additionally, the College Legal Services team was ordered to testify against Miguel in court.

The College had never received complaints about the suspect and was not investigating him since he was not a member. Tortuero says he has identified two potential irregularities in this case. First, the College accuses him of “professional usurpation” since he was not a veterinarian and only licensed veterinary professionals can take blood samples. The College also wants to investigate whether any animal welfare regulations have been breached. Meanwhile, Cristina Fragio fears the case could undermine good veterinary techniques which have ‘saved many lives’. Luis Miguel is the founder of the Spanish Association of Hematology and Animal Hemotherapy, whose mission is to certify laboratories like his.

Several animal shelters and associations have taken in animals rescued from Luis Miguel’s farm in Humanes. Some survived, but freedom came too late for many others who have since died or remain in critical condition. They escaped the vampire, but not the effects of their cruel mistreatment.