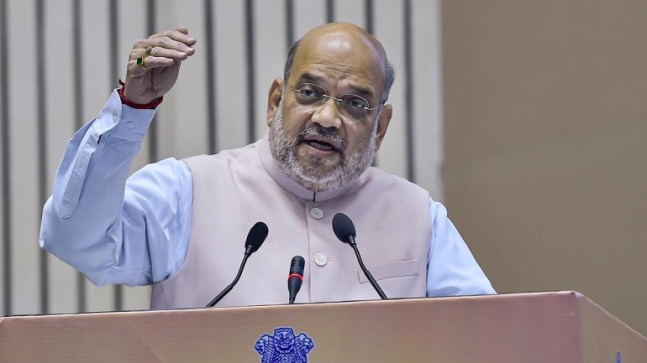 Amit Shah fights for Hindi as an alternative to English, opposition cries ‘imposition’

Hindi should be accepted as an alternative to English and not local languages, Union Home Minister Amit Shah said on Friday. He made the remarks during the 37th meeting of the Parliamentary Official Languages ​​Committee in New Delhi.

According to a statement issued by the Press Information Bureau (PIB), the Union Home Secretary suggested to the committee that it was time for an overhaul of the Hindi dictionary. He even mentioned that 70% of the Union Cabinet agenda is now prepared in Hindi.

“The time has come to make the official language an important part of the unity of the country. When people from states who speak other languages ​​communicate with each other, it should be in the language of India.

“Unless we make Hindi flexible by accepting words from other local languages, it will not be promoted,” the Union Home Secretary said.

Reacting to remarks by Union Home Secretary Amit Shah, Congress Leader and former Karnataka Chief Minister Siddaramaiah said in a tweet: “As a Kannadiga, I am highly offended by the comment from @HMOIndia @AmitShah on the official language and the medium of communication. Hindi is not our national language. The language and we will never let it be.”

History clearly suggests that any attempt to impose Hindi in other states did not go well.

Kunal Ghosh, a TMC spokesperson, said, “We respect Hindi but oppose the imposition of Hindi. English is used internationally, a status quo should be maintained by the government on the language issue.

“India has several states with several languages. Amit Shah needs to rethink what he said. Rather than imposing Hindi as the national language, why doesn’t the central government do something about it and lower the prices of petrol and diesel?

Speaking on the issue, Shiv Sena leader Manisha Kayande said, “There seems to be an agenda to diminish the value of regional languages ​​and parties in what Amit Shah said.”

Interestingly, the opposition parties were not the only ones who were offended by the Union Home Secretary’s remarks.
Kovai Sathyan, spokesperson for AIADMK, which is part of the BJP-led NDA, said on this matter: “Hindi cannot replace any regional language and for each person his language is more expensive and this declaration of Hindi replacing one of the regional languages. will not happen.”