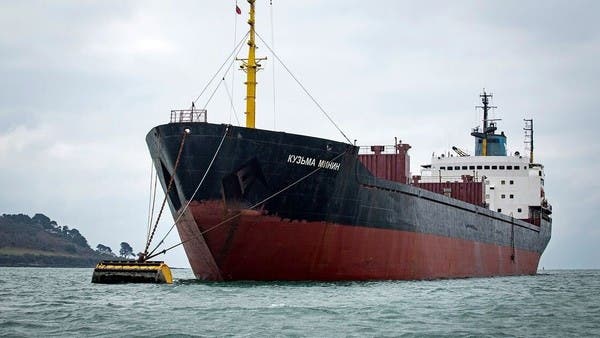 French naval forces intercepted a freighter loaded with cars in the English Channel heading for the Baltic port city of Saint Petersburg after the EU imposed sanctions on Russia, officials said on Saturday.

The Baltic Leader, flying the Russian flag, which had sailed from the French city of Rouen, was escorted to the port of Boulogne-sur-Mer by French forces, the maritime prefecture told AFP.

He is suspected of belonging to a company targeted by the sanctions.

The 127-metre (417-foot) vessel is “strongly suspected of being linked to sanctioned Russian interests”, she said, adding that while such a move was “rare”, it was “a sign of firmness”.

The move comes after the European Union on Thursday adopted unprecedented sanctions against Russian individuals, companies and other entities to punish Moscow for its invasion of Ukraine.

A spokesperson for the Russian Embassy in Paris told TASS news agency that the captain of the boat telephoned the Embassy, ​​which then contacted French authorities to demand an explanation of the incident.

“This war will last”, warns Macron against Ukraine

About 100,000 Ukrainians have crossed Polish border since Russian invasion: official