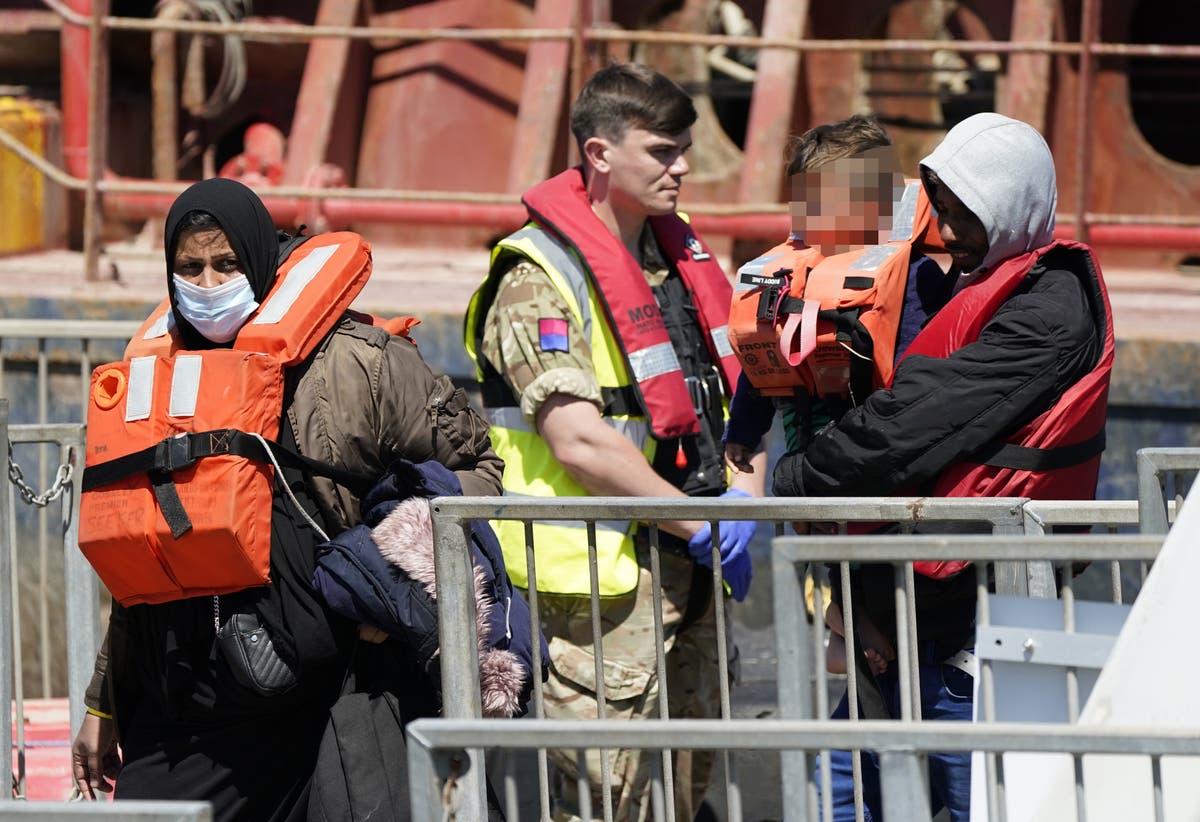 444 people disembarked after trying to cross the English Channel

More than 400 people have been rescued and brought ashore after trying to cross the English Channel to the UK, according to the latest figures.

The Ministry of Defense said 11 small boats were intercepted off Dover, Ramsgate and Dungeness in Kent on Tuesday, carrying a total of 444 people.

It is the highest number of people since 562 were recorded on April 14 earlier this year.

Among those rescued were a heavily pregnant woman, a number of babies being carried by their parents or Border Force personnel, and a father carrying his infant son on his shoulders as they were brought ashore.

When asked where they came from, the refugees answered Syria, Iraq and Afghanistan.

When asked if they knew they could be sent to Rwanda, one migrant replied: “What? No,” while others watched in apparent confusion.

With warm weather and light winds forecast for Wednesday, it is expected that more crossings will be attempted.